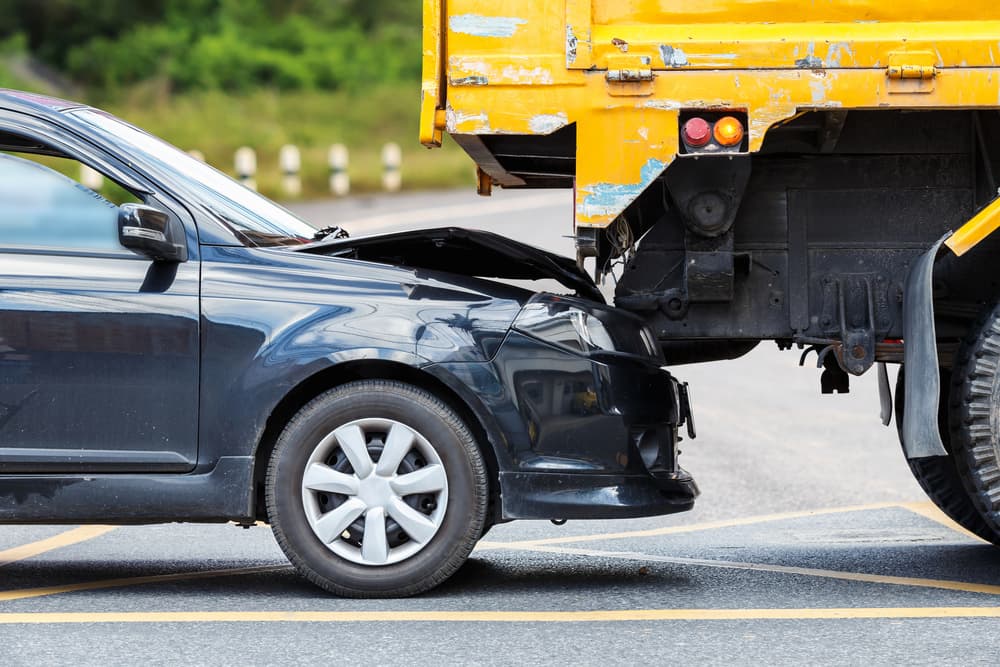 Rear-end collisions are among the most common types of car accidents in North Carolina and the broader United States. Data from the National Highway Traffic Safety Administration (NHTSA) shows that rear-end crashes made up 32.5 percent of all crashes in one recent year, making them the most common type of collision involving two or more vehicles.

If you were injured in a rear-end crash, contact the North Carolina car accident lawyers at Poisson, Poisson & Bower, PLLC for help. For three generations, our team has recovered millions in compensation for North Carolinians. Contact our office today for a free initial consultation.

There are many different ways that rear-end crashes happen. Some of the most common causes include:

If someone else’s reckless or negligent driving caused a rear-end crash that led to your injury, you could be owed compensation.

Who Is at Fault for a Rear-End Collision?

In most cases, the driver who collided with the other vehicle from behind is at fault in a rear-end accident. That’s because any vehicle following the lead vehicle should maintain a safe following distance to avoid a potential crash.

That said, there are some circumstances in which the lead driver could be at fault for a rear-end collision. If the driver in front stopped suddenly to purposefully “brake check” someone behind them because of road rage or impairment, they could be held liable for the accident. Similarly, if the driver in front continued to drive with a flat tire or failed to pull off the road and turn on their hazard lights, they might be held liable for an accident.

Another situation in which the following driver may not be liable for a rear-end collision is when a mechanical defect with the vehicle caused the accident. The manufacturer could be held at fault instead.

It’s important to note the state’s legal doctrine for cases in which more than one party is at fault for a crash when seeking compensation for a rear-end car accident in North Carolina. Under North Carolina’s strict contributory negligence doctrine, you could be barred from recovering any compensation for your injuries if you’re found to have contributed to the accident in any way. That’s true even if the other driver was 99 percent responsible for the crash.

This standard is one reason why hiring a rear-end car accident attorney in North Carolina is crucial after you’ve been injured in an accident. A good lawyer can demonstrate how the other driver was responsible for the crash and why you should be eligible for compensation.

Common Injuries from a Rear-End Collision

One of the most common injuries caused by rear-end car accidents is known as “whiplash.” Whiplash occurs when a vehicle is struck from behind, and the occupant’s body lurches forward before the force of a seatbelt or airbag snaps them back. This violent jerking motion puts intense strain on the muscles, bones, and connective tissues in the upper back, shoulders, and neck.

Whiplash injuries can be extremely painful, but they’re not always immediately apparent after an accident. That’s why it’s so important to see a doctor and continually monitor your condition after a rear-end accident.

Some other common rear-end accidents injuries include:

It’s essential to take specific steps to protect your rights and help your pursuit of compensation after a rear-end accident in North Carolina. Here’s what to do:

People often ask about the average settlement for a rear-end accident claim. The truth is every case is different. The amount of monetary compensation you could be eligible for depends on many factors, such as the extent of your injuries, whether you were partially responsible for the accident, the available evidence, the amount of insurance coverage available, the skill and experience of your lawyer, and so on. That makes it impossible to define an “average” settlement with any degree of accuracy.

However, North Carolina does allow the victims of a rear-end accident to seek compensation for many different kinds of losses. Among other things, you can pursue financial compensation for:

If you need legal assistance after a rear-end accident in North Carolina, the team at Poisson, Poisson & Bower, PLLC is ready to help you demand the compensation you deserve. Contact our office today for a free initial consultation with one of our attorneys.