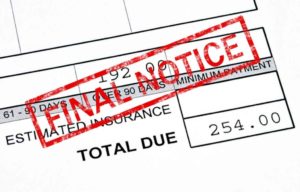 Are You Being Harassed by Debt Collectors?

North Carolina has strict laws making it unlawful for debt collectors to engage in debt harassment as a way to get debtors to pay their debts.

Poisson, Poisson & Bower, PLLC has attorneys that have experience pursuing claims against debt collectors and creditors harassing debtors as a method of getting people to pay their debts. The following sets forth different examples of what types of actions are prohibited by the State of North Carolina. The penalties for engaging in debt harassment are severe.

The Following are Examples of Debt Harassment:

Each case is fact specific. If you feel you are being misled or harassed, give Poisson, Poisson & Bower, PLLC a call for a free consultation. There are certain provisions that also requires the debt collector to pay for the attorney’s fees associated with pursuing a debt harassment claim.

As previously stated, there are steep penalties that can be enforced through legal action. In addition to the payment of attorney’s fees, a debt collector may be held liable for an amount between $500.00 and $4,000.00 for each violation.

Poisson, Poisson & Bower, PLLC has filed lawsuits against debt collectors for engaging in a campaign of harassing behavior. If you or someone you know is a victim of dent harassment, please give us a call.