Skip Navigation
Home Blog What’s the Most Dangerous Day of the Week for a Truck Crash?

What’s the Most Dangerous Day of the Week for a Truck Crash? 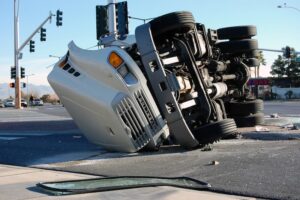 Although you might not think that the day of the week could increase your risk of being involved in a truck accident, you are statistically more likely to be involved in a fatal collision with a commercial vehicle on certain days than others.

The Worst Day of the Week for a Truck Accident

In short, Thursday is the worst day for fatal truck accidents, and weekdays are generally worse for deadly truck crashes. That is different from deadly crashes involving only passenger cars. Weekends see the most deaths in passenger car accidents.

These statistics make sense when you think about the fact that traffic rates increase on weekends as people travel, take care of errands, or go to local events. Increased traffic means a higher risk of accidents. Conversely, large trucks like 18-wheelers typically operate during the workweek, making deadly truck crashes more likely from Monday to Friday.

Statistics on Truck Crashes and Fatalities

Truck accident statistics from the IIHS show that truck crashes have decreased from their high mark in 1979, dipping to a low in 2009. But since 2009, fatalities in truck accidents have been slowly climbing back up, with fatality numbers in 2019 reaching 31 percent higher than the 2009 mark.

However, fatality rates in truck accidents per 100 million truck miles traveled have remained relatively steady since the low mark in 2009.

Contact Our Truck Accident Lawyers for Help Getting Compensation

If you were injured in a truck crash, contact Poisson, Poisson & Bower, PLLC. Our North Carolina truck accident lawyers have provided compassionate and aggressive representation to people who’ve been injured by negligence for more than 40 years.

Call us or contact us online for a free consultation.