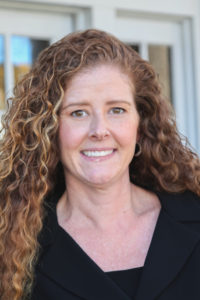 President David Henson has appointed Stewart Poisson to the Executive Committee of the North Carolina Advocates for Justice (“NCAJ”). NCAJ is a nonpartisan association of legal professionals dedicated to protecting people’s rights through community, education, and advocacy. Stewart served on the Board of Governors of the organization from 2012-2017. She has served as the Chair of the New Lawyers Division and Chair of the Workers’ Rights section. Davis Poisson has also served as the chair in the organization’s Consumer Protection section, and Fred Poisson, Jr. has been a long-time member of the group since the 1970s. Stewart will serve as NCAJ’s Diversity & Inclusion Officer over the next fiscal year.

Stewart Poisson focuses her practice on litigation. Stewart opened the Wilmington office of Poisson, Poisson & Bower, PLLC in 2006. She assists clients in both of the firm’s offices in the fields of Workers’ Compensation and Personal Injury and handles all appellate work for the firm. She particularly enjoys helping clients who have been injured in workplace accidents caused by the negligence of a third party. She represents clients in the both the personal injury claim and the workers’ compensation claim and is skilled at maximizing her clients’ recovery in these complicated cases.