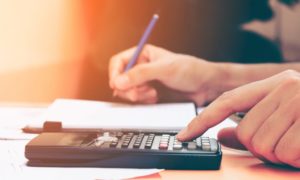 How Do I Know if Workers’ Compensation is Paying Me at the Correct Rate?

Calculating your correct workers’ compensation rate can be hard. We can help!

Workers’ compensation benefits are supposed to be paid at a weekly rate that is based on the 52 weeks you worked prior to your injury. There are some exceptions to this rule.

Average Weekly Wages. – “Average weekly wages” shall mean the earnings of the injured employee in the employment in which the employee was working at the time of the injury during the period of 52 weeks immediately preceding the date of the injury, including the subsistence allowance paid to veteran trainees by the United States government, provided the amount of said allowance shall be reported monthly by said trainee to the trainee’s employer, divided by 52; but if the injured employee lost more than seven consecutive calendar days at one or more times during such period, although not in the same week, then the earnings for the remainder of such 52 weeks shall be divided by the number of weeks remaining after the time so lost has been deducted. Where the employment prior to the injury extended over a period of fewer than 52 weeks, the method of dividing the earnings during that period by the number of weeks and parts thereof during which the employee earned wages shall be followed; provided, results fair and just to both parties will be thereby obtained. Where, by reason of a shortness of time during which the employee has been in the employment of his employer or the casual nature or terms of his employment, it is impractical to compute the average weekly wages as above defined, regard shall be had to the average weekly amount which during the 52 weeks previous to the injury was being earned by a person of the same grade and character employed in the same class of employment in the same locality or community.

But where for exceptional reasons the foregoing would be unfair, either to the employer or employee, such other method of computing average weekly wages may be resorted to as will most nearly approximate the amount which the injured employee would be earning were it not for the injury.

There are also special rules for minors, volunteer firefighters and other classes of employees. It is important to consult a worker’s compensation attorney in order to ensure that you are getting paid at the correct workers’ compensation rate.

Call 888-694-5515 or email Stewart Poisson at esp@Poissonlaw.com or Fred Poisson, Jr. at fdp@Poissonlaw.com today, they are happy to help you with this challenging process of determining your correct compensation rate and average weekly wage. Both Fred and Stewart are board-certified specialists in workers’ compensation law.

Stewart Poisson focuses her practice on litigation. Stewart opened the Wilmington office of Poisson, Poisson & Bower, PLLC in 2006. She assists clients in both of the firm’s offices in the fields of Workers’ Compensation and Personal Injury and handles all appellate work for the firm. She particularly enjoys helping clients who have been injured in workplace accidents caused by the negligence of a third party. She represents clients in the both the personal injury claim and the workers’ compensation claim and is skilled at maximizing her clients’ recovery in these complicated cases.