A Walk Down Memory Lane: Fred Poisson, Jr. Recounts a Criminal Trial in 1976 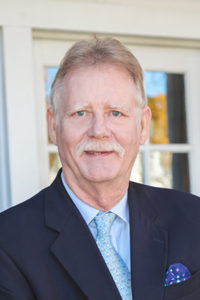 Fred Poisson, Jr. Recounts his second criminal trial back in 1976. It is interesting how different things were back then…

My second trial back in 1976 involved a man with a habit of drinking too much and trespassing throughout the neighborhood. I argued to the Court that Mr. H meant no harm – it was a simple matter of alcohol-induced disorientation and he ought to be found not guilty of criminal trespass.

The good judge asked me if I believed that and I said, “yes sir, Your Honor.” He responded, “Very well Mr. Poisson, I’ll tell you what. You take Mr. H down to the bus station and buy him a one-way ticket to Washington D.C. – and be damn sure it cannot be cashed in!”

I did as the judge instructed and took Mr. H to the bus station by the City Café. I bought Mr. H. an irredeemable one-way ticket to Washington D.C. I even waited until he got on the bus and we said our goodbyes to each other. I reported as much to the Court and the judge chuckled; but the joke was on him. Mr. H made it back to Anson County from Washington, D.C. in three days.

So, in the first two weeks of my practice of law in Anson County… I learned at my first trial that I couldn’t talk to the witnesses and in my second trial that banishment from Anson County was a lawful punishment.

Note to readers: To clarify, banishment is not a lawful punishment in North Carolina at least not in the court system, perhaps excepting Anson County that day.